Inventive plan for cleaning up oceans ~ 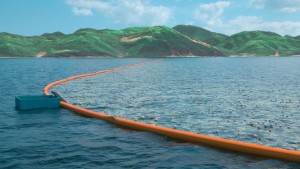 According to statistical data, every year around a whopping 8 million tons of plastic are dumped into the ocean. And if humankind proceeds to conventionally clean (via vessels and nets) these expansive areas in which the plastic dumps are concentrated, it would take around 79,000 years to complete the task. Additionally, the tiresome endeavor would cost over billions of dollars, while also having the propensity to cause harm to marine life and generate carbon emission. So, what is the other practical alternative to this seemingly hopeless situation. Well, according to 20-year old Boyan Slat, the solution is to let the ocean ‘clean itself’.

Of course, these massive water bodies will be aided by special ‘Ocean Cleanup’ floating barriers that will be positioned in accordance with the movement of the rotating ocean currents (also known as gyres – see below image). So basically, the plastic waste would flow passively with such currents, and then get sorted out by the V-shaped barriers. We say ‘sorted out’ because these barriers will totally avoid any kind of net-like mechanism that can inadvertently trap marine-based organisms. Instead they will be anchored by floating booms – which would allow both the water current and sea life to flow underneath the supports, while the lighter-than-water plastic gets accumulated along the top section of the barrier. (Article by Dattatreva Mandal – June 2015) 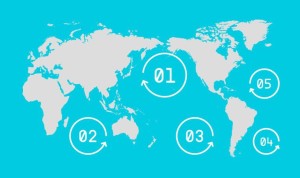